"MAIDAMS" are the burial ground of the royals and aristocracy of the medieval Ahom Kingdom in Assam. The royal maidams are found exclusively at Charaideo Dist. of Assam where as many others are scattered in different places of upper Assam.Earlier it was under Sibsagar dist but now a new dist. is created by the title name. These moidam are situated on Sibsagar-Sonari road and around 90km away from Jorhat Airport.
The Cheraideo Maidam as it is called is still having the charm of its origin. These maidam consists of vaults with one or more chambers.The vaults have a domical superstructure that are covered by a hemispherical earthen mound that rises high above the ground with an open pavilion at the peak called chow chali. An octagonal dwarf wall encloses the entire maidam.The Maidam at Cheraideo is scared burial ground of different Kings & queens of Ahom dynasty.It is also associated with their ancestral god. Maidams are associated with the Ahom ancestor worship and the festival of Me-Dam-Me-Phi.Me-Dam-Me-Phi is a annual celebration to pay homage to ancestral.

Popular posts from this blog 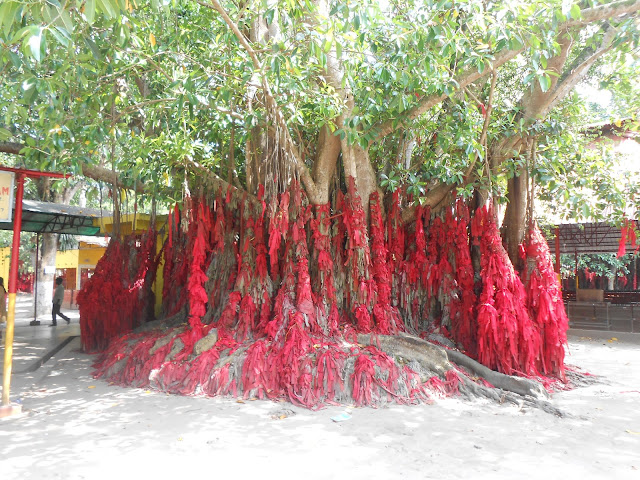 On the 15th June 2016 ,I along with family members specially my mother started for DEOPANI Mandir ( Temple), a scared place in the hill dist. of Karbi Anglong. To reach Deopani from Jorhat we surpassed Golghat and Silonijan area and it took around 2.30 hrs to reach there by our  private car. Public transport takes around 4 hours to reach Deopani. Buses ply  regularly between Golaghat to Bokajan/Dimapur one can drop at Deopani to reach Temple.
Deopani Temple where Goddess Durga is worshipped is situated in lush green environment  amid a Tea garden.


A Tortoise in the Pond

Main Entrance in the Temple Complex

Mandir (Temple) is having very old pond and it is full of Tortoise and other fish species. Local people have very high respect and visits this place for wishes. It is having a very big tr…
Read more 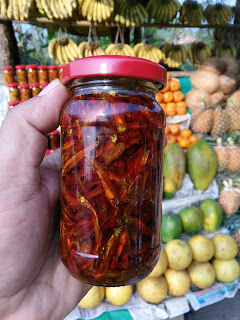 On the way to Shillong,Capital city of Meghalaya state, small make shift stalls attracts many passerby. Almost whole of roadside stalls are frequented by the travelers travelling to different parts of Megahalya.
Some may be enjoying thefresh pineapple or some may be busy purchasing vegetable or fruits.
Though stalls are very small but the produce are very highly acceptable not because of its beautiful packaged look  but because of its quality.
Local produce like Pineapple, Papaya, Bamboo shoots pickle, Banana, Citrus fruits, different pickles and the special Fish Pickle are as fresh as it is being brought from our own home. Aroma of  Well prepared  fresh pickles will compel you to have some more.
One of the rare produce is "Fish pickle", it is made of small fish with chilies and they are very mouth watering when tasted with bread.
Shillong weather is cold and anything made of red & hot chilies tastes good in cool & chill weather condition.
Do taste when you are in Shill…
Read more 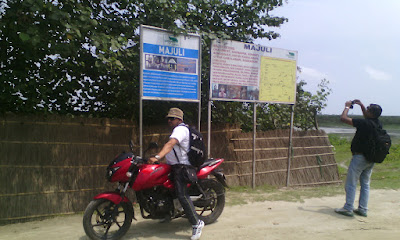 Tha Land of  SATRAS. Majuli is situated in the middle of only male river "Brahamputra" in the state of Assam. It is the largest river island in the world and also a hub of assamese neo-vaishnavite culture. Its scenic beauty adds spark to its rich culture. Farming, fishing, dairying, pottery,handloom and boat-making are the main occupations of the localities of this place.
So, my journey for Majuli began from jorhat on my red bike. It took 25 minutes to reach Nimati ferry ghat from Jorhat. Thereafter, me, my red bike along with my friend boarded a ferry to reach Kamlabari ferry ghat situated in the island of  Majuli.Ferry Services startes at 7.30am morning from Nimati and continues up to 3.00pm. and from Kamalabari it Starts at 7.00am and contnues up to 3.30pm .
After having tea at kamlabari bazar we headed towards Auniati satra. The satra is not just a monastery, but a centre of traditional performing arts. The monastery consists of a temple surr…
Read more